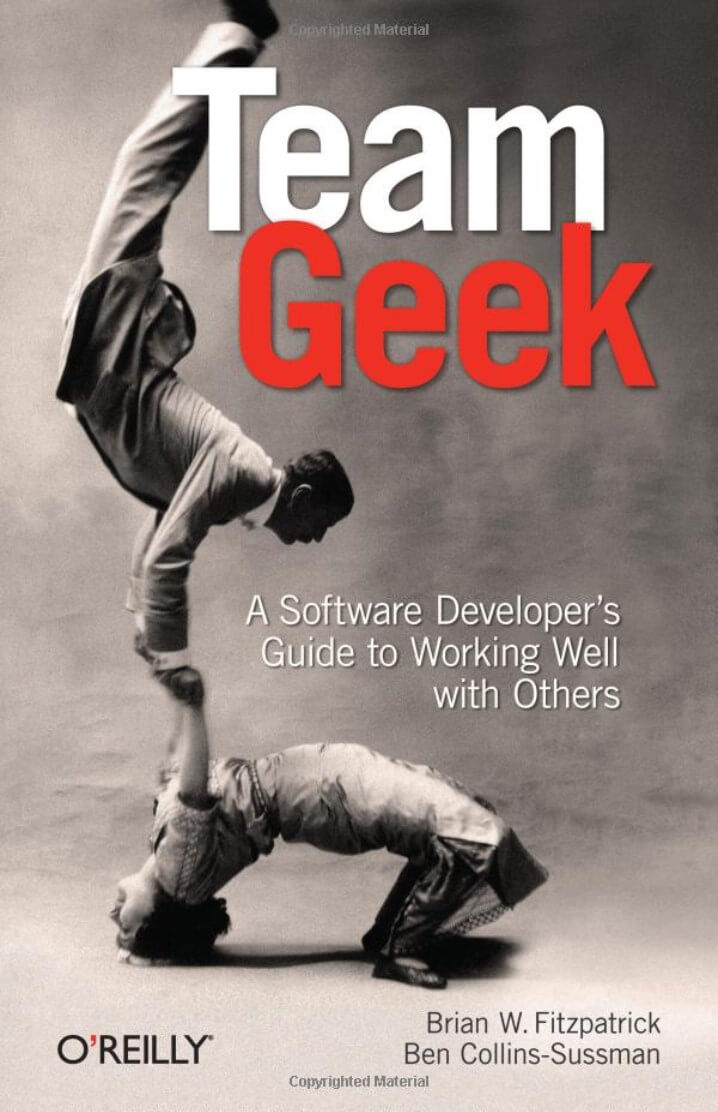 Team Geek is the kind of book that I wish I had read at the beginning of my career. The book details how to get the job done when working with other people. Team Geek is especially important for new development leads or software managers. It's proved invaluable over the past 12-months in my career.

Here are some of my favorite quotes:

"What’s going to make or break your career is how well you collaborate with others."

> "Traditional managers worry about how to get things done, while leaders worry about what things get done … (and trust their team to figure out how to do it)." > "...there are usually a few things that every engineer would like to do in the next five years: get promoted, learn something new, launch something important, and work with smart people." > "We now have a handy rule we live by: a team should never spend more than one-third to one-half of its time and energy on defensive work, no matter how much technical debt there is. Any more time spent is a recipe for political suicide." In addition to writing this book, Brian W. Fitzpatrick and Ben Collins-Sussman have been involved with many Google I/O Tech Talks. They are worth watching!

Pick up a copy at Amazon!

What's the Problem & Why Is It Important? We've all done it.…

Soft Skill Tip of The Week - Importance of a Positive Attitude

What's the Problem & Why Is It Important? About 5 years ago,…